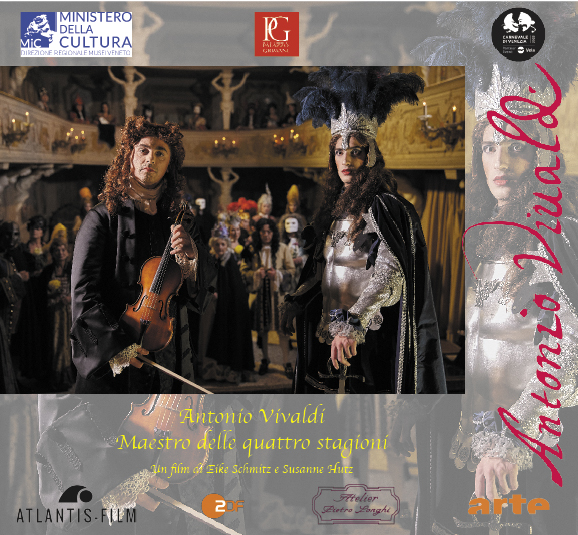 Vivaldi’s music embodies three of the fundamental ingredients of the Italian style: imagination, emotion and temperament. For this reason the Venetian composer is now known all over the world; his music is played everywhere, from elevators to opera stages, as adapted to techno and rock concerts as performed by purist ensembles. Vivaldi is acclaimed everywhere as the “pop star” of classical music, yet the man behind the scores is still an enigma. Little is known about his life, but in recent years more and more documents have emerged that shed light on his personal history.

For the first time, a documentary, broadcast on German and French television in prime time with millions of viewers, analyzed the life of the mysterious “red priest”. The film shows how he managed to make his way from Venetian theaters to the wealthy European aristocracy, playing for the Pope and the Emperor, describing his rapid rise and abrupt fall that ended in Vienna. Venice, the protagonist of the documentary as the muse of the great musician, is the background of the journey through time of the opulent European Baroque, a look at the genius personality. A story of sheet music and intrigue of the first “Rockstar” in the history of music.

Eike Schmitz – director: founder of Atlantis-film is a documentary maker who has been producing and directing documentaries distributed on the German national network and various national European networks for over thirty years. From the most powerful rulers of all time to the most famous swindlers, passing through architects, musicians and explorers, there is no story worth telling that Eike has not deepened and transformed into a journey through time and in the places where they really are. events have happened. Nature and history are its distinctive note, perfection and culture its characteristic feature.

Raffaele Dessì – Consultant: thanks to his preparation that ranges from music to art, from philosophy to science, moved by a boundless curiosity and a culture in continuous formation, for years he has been offering consultancy for the production of cultural events, careful reinterpretation of documentary screenplays, preparation of film sets. Now in his third experience with Atlantis film, which is in addition to those with National Geographic, Arté Francia, Rai Storia, Canale 5, he is now engaged in drafting a text on the evolution of Venetian architecture in its staterooms.

Francesco Briggi – costume designer: On November 26, 1994 Francesco began his adventure in the world of costumes by opening the Pietro Longhi Atelier. Over twenty-five years of satisfaction, fear and sharing with the thousands of customers and friends who from all over the world encourage him to continue in this splendid adventure by exporting Francesco’s creations to the stages of national theaters, palaces and public and private collections. Years of study and continuous maturation, during which the innate taste was flanked by increasingly refined tailoring techniques and the rediscovery of a cut forgotten for centuries recovered not only with patience, but also with the innate ability to adapt history to the body today. The research on the cut is flanked by that on the materials, which are usually of Italian production and often artisanal and precious, thus combining the tailoring study with the safeguarding of the territorial specificities that Francesco must recreate.

Palazzo Grimani confirms itself as a place of dialogue between different forms of art and in particular for the encounter with ancient Venetian music and its protagonists. Musical patrons and theater builders, the Grimani were among the protagonists of the Venetian panorama also in the eighteenth century, with the figures of Giovanni Carlo and his son Michele. The palace used to host performances and shows and therefore the melodies of famous composers resounded even then in its halls. 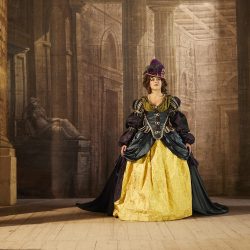 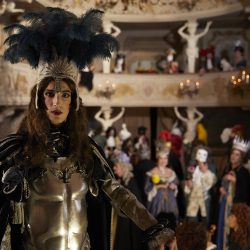 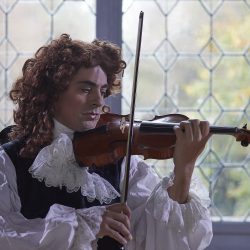 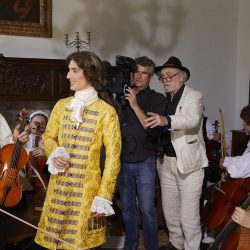 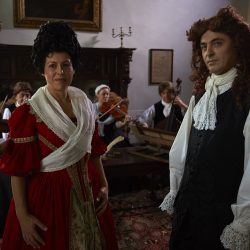 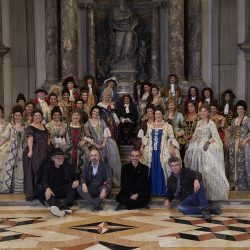 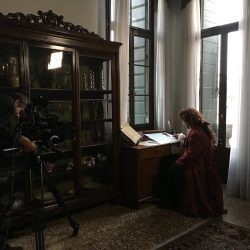 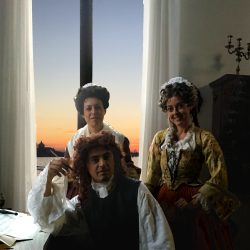