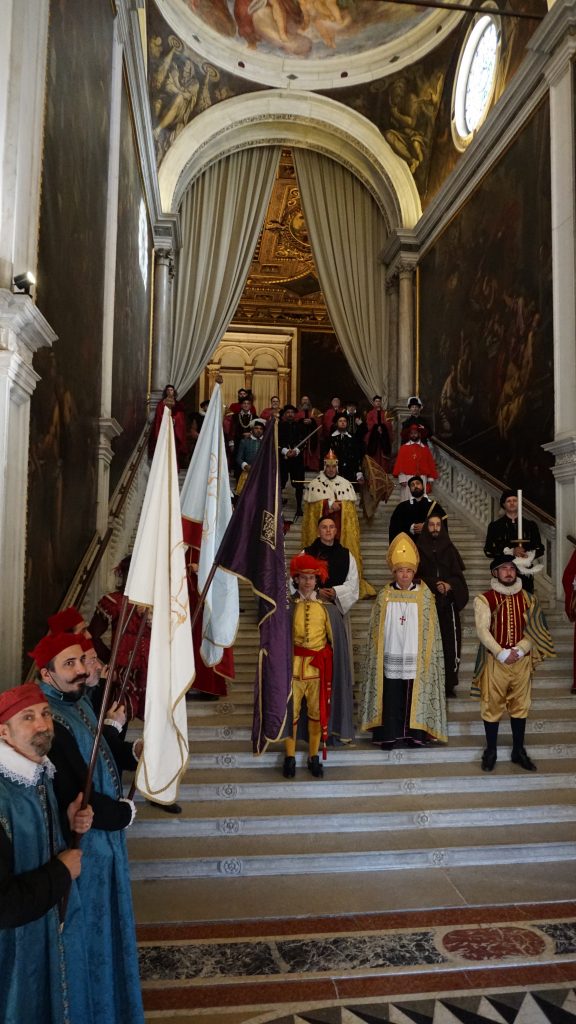 Promoted by ” Rialto mio”, with the patronage of the Veneto Region, on Saturday 16 October 2021, was commemorated the arrival of Sebastiano Venier in Venice after the victory in the naval battle of Lepanto.

History has given numerous readings to this event. So we decided to recall a moment of history, to stimulate discussion and reflection on the Venetian naval capacity and on the importance of the ports of the Serenissima in the Mediterranean Sea after the discovery of the Americas.

The celebration was divided into three main moments: a conference held in Vicenza, where various scientist illustrated the scenographic machines created to celebrate the winner and the victory, followed by the triumphal arches in marble (still present in Vicenza) and the numerous paintings celebratory that still embellish salons throughout Europe. This was followed by a meeting where the mayor of the city of Messina (the first port that welcomed and sheltered the ships of the Holy League) and the representative of the city of Lepanto talked about their relationship with the memory of the battle, which took place. concluded with a great historical reenactment.

Sixty costumes made in a philological way by Francesco Briggi, following the descriptions of Grevembroch, Pagan and Vecellio, were worn by as many reenactors, each with its own role. In this way, for the first time more than 200 years after the fall of the Republic of Venice under the artistic direction of Dr. Dessì, directed by dr. Giusto, the ducal procession of the Serenissima has come back to life in its late 1500s form, the golden age of the Venetian Renaissance.

In the halls of the Scuola Grande di San Rocco, in Castelforte San Rocco and finally at the Basilica dei Frari to end in the Scuola Grande San Giovanni Evangelista, the procession of the Doge and that of the Dogaressa have developed paths and positions as the rigid ceremonial of Venice would have required. Renaissance, offering the public and scholar a stimulus for deep study about Venetian culture. 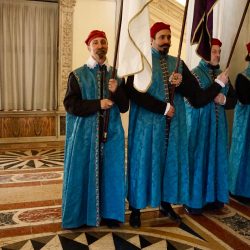 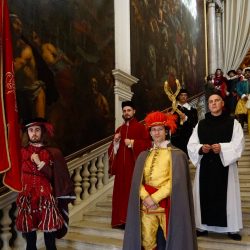 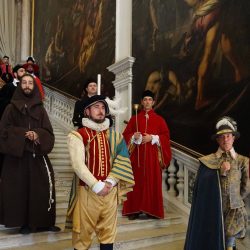 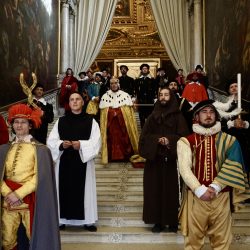 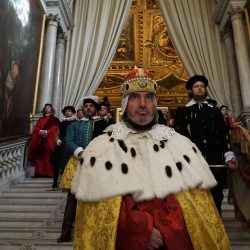 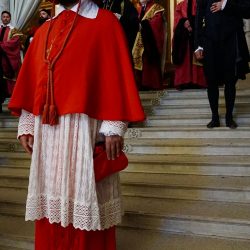 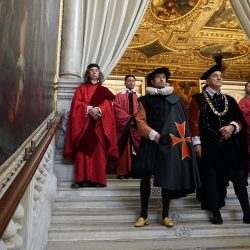 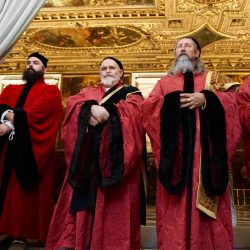